This has been a great quarter. Setting priorities for just 3 things has made all the difference!

Those three things were:

I’ve been doing a lot of reading this past quarter about race and racism with a specific focus on the Asian American experience. Here are some of my insights and reflections:

From Why Study Asian American Politics? Racialization and its Consequences

This reading has been very timely as school integration and desegregation efforts have received a lot of attention recently in New York City, particularly around efforts to integrate the city’s specialized high schools. In all this, I remind myself that we must work in allyship with other marginalized groups and not fall into the trap of thinking that we’re competing for scare resources and power, but rather that we’re jointly fighting to end white supremacy.

I’ve also begun to build a community of Asian American women that I can turn to for these discussions and for support. Pictured here are women who attended my first Asian American Women Leaders dinner! It was a night of conversation and good food. 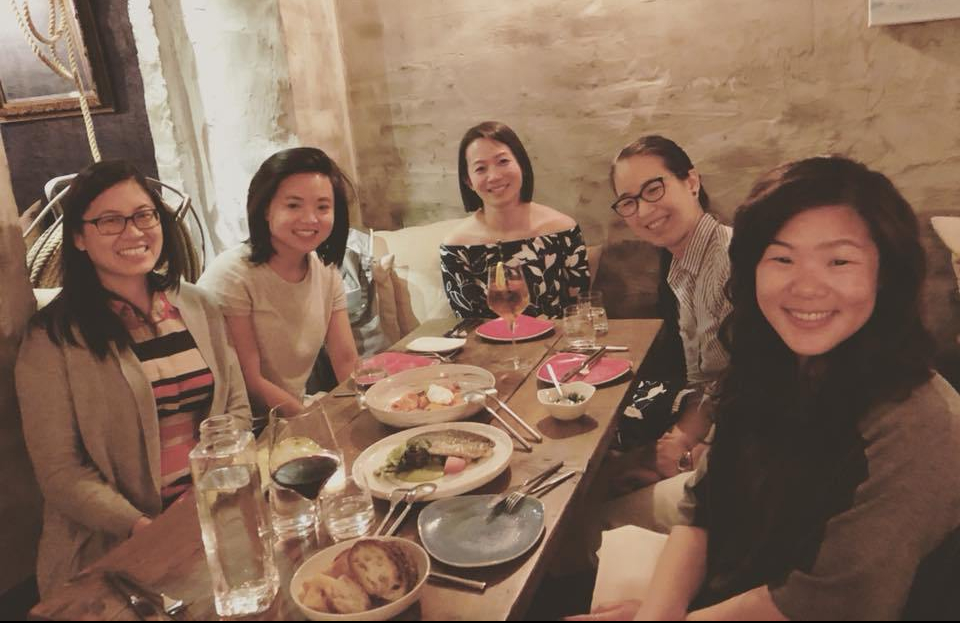 Many thanks to Cat Uong for sending me readings and Yin Lin for co-hosting the Asian American Women Leaders’ dinner with me.

#NYCEDU has broken through to a next level of community. For those who are not familiar with the history of #NYCEDU, it’s origin was in the work I’ve done building New York City’s education entrepreneurship ecosystem. I saw the power of bringing educators, business people, develops, and designers together to solve problems in education that in new and innovative ways that would not have happened without the diversity in the room, the leadership of those closest to the problem, and the space to create. However, two years ago, I realized that supporting education entrepreneurship in the tech world was not enough. As a community, the education technology world has not yet pushed significantly into the world of policy, of anti-racism, of equity.

So I embarked on a journey to expand the constellation of #NYCEDU. First by traveling all over the city having one-on-one conversations with everyone from young people to school integration advocates, to politicians, then by partnering with values-aligned organizations like IntegrateNYC, and finally by launching events with fellow community builders to bring people together.

Pictured below is our most recent event, an end-of-school potluck party. In attendance were children, parents, nonprofit leaders, entrepreneurs, computer programmers, health care and law enforcement professional, all with different backgrounds, identities, and perspectives, but aligned in our mission for educational equity. Our party officially ended at 6pm, but the last people only left at 8pm. Most powerful of all was when we brought everyone into a community circle and asked, how would you like to continue building this community, and people stepped up to say, here’s how I’ll do this.

Many thanks to Olga Baez, Sophia James, Ben Wheeler, and Dana Mercury for co-organizing this with me.

Finally, for funding, I celebrate the following:

Thank you to Stacey Galloway, Alli Lee, Jamie Lonie, and Mike Boyle for giving feedback on our funding request — it’s our strongest application yet.

My priorities moving forward remain the same. Identity Work, Community Building, and Funding are such rich topics to explore and act within that I think this will be a focus for many quarters to come. There are, of course, some iterations.

In Identity Work, I’ll be expanding the scope of my exploration to additional cultures. I’m currently reading Dancing On Our Turtle’s Back: Stories of Nishnaabeg Re-Creation, Resurgence and a New Emergence by indigenous author Leanne Simpson. In order to create a truly just and equitable community, I must be in the practice of learning from different cultural traditions. I decided to start with indigenous peoples because they were the first inhabitants of this land, and because I’ve only rarely ever heard their stories.

In Community Building, I’m gathering a group of community builders to create #NYCEDU’s next community events and experiences. I’m incredibly excited about their leadership, because the vision of #NYCEDU is to build a community that New Yorkers who care about education have never had but has been longing for. And that community is one in which everyday:

Finally, in Funding, I’ll continue to apply for grants that are aligned to the stage, values, and mission of #NYCEDU. I also believe that we’re on the cusp of pursuing funding from members and partners that we’ve tested before but we’ve never acted upon. When we finally get there, what a milestone that will be!